There are pieces of history tucked away all over Carson Valley — simple, seemingly obscure yet able in a moment to recall vivid tapestries of collective memory.

We collect photos of them, because we like seeing them — and it turns out many of you out there do as well.

If you have a “Piece of History” photo to add to our collection, e-mail it to editor@carsonvalleytimes.com, post on our Facebook page or send it in through our mobile app. 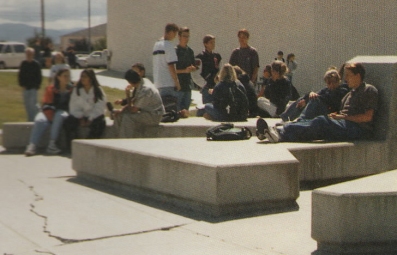 The “tombstones” in front of Douglas High School, 1998.

The East Fork Hotel as it was being torn down in 2014. Photo by Ginger Easley. 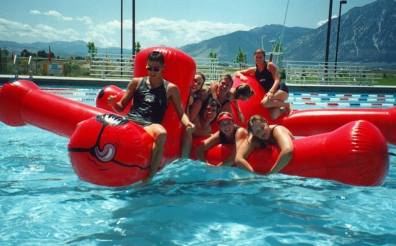 Clifford the Big Red Dog (and later the Yellow Submarine as well) was a fixture at Carson Valley Swim Center through the 1990s. Photo courtesy of Shannon Harris. 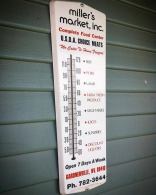 A thermometer from Miller’s Market, which was located in downtown Gardnerville, where The Record-Courier building is now.

Douglas High teacher Ernie Monfiletto hosts this plaque bearing the names of all the Douglas County High School students who went on to serve in various branches of the military during World War II.

Photo by Brook Adie — a flour bag from her great grandfather’s flour mill in Gardnerville.

A grocery bag from the Carson Valley Merc, which was located in downtown Gardnerville where Cheshire Antiques is now. Photo: Jennie Forzani. 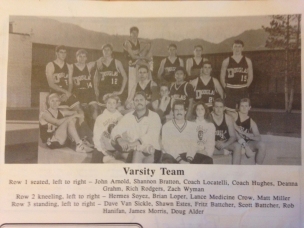 The water fights during Carson Valley Days in Minden Park. Fire crews would blast hoses at a barrel or keg suspended from a cable above in a sort of reverse tug-of-war.