MINDEN, Nev. — UPDATE 10 a.m., April 18: The Record-Courier newspaper reports the fire was started by hot pieces of a shredded truck tire. You can read their story here.

Via Douglas County Sheriff’s Office: The East Fork Fire District has been working this active fire and has stopped forward progression of the fire and they are starting mop up activities. No structures were damaged or in the path of the fire. Acres burned are estimated at 3-4 at this time.

East Fork Fire Crews have committed 6 engines, 3 water tenders, safety officer and 2 chief officers to this fire, 2 hand crews have been ordered to assist in the mop up detail.

The current weather in the area is clear skies with winds out of the north that are light to moderate.

The fire quickly spread to the dry sagebrush along Hwy 395 closing the Northbound travel lane from Minden to Carson City.

At this time it is unknown when the road will reopen for travel. The traffic has been diverted down Genoa Lane for all northbound travel.

It is unknown what caused the fire and an investigation is underway.

No injuries or exposures to personnel have been report at this time.

Check back for further details. 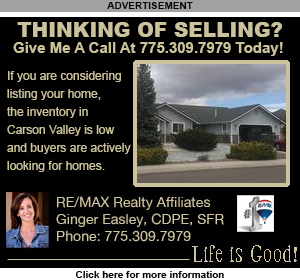 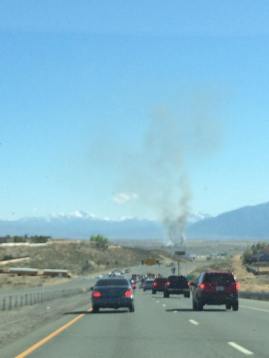 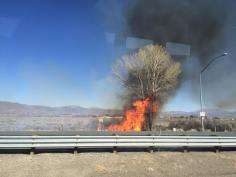 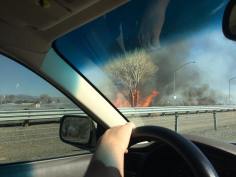 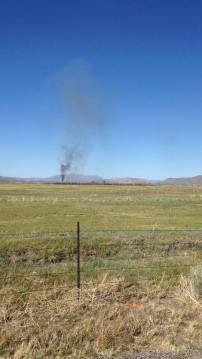 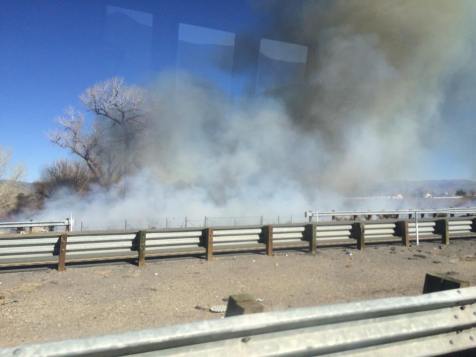 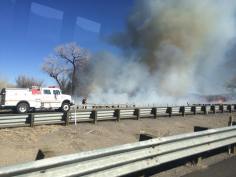 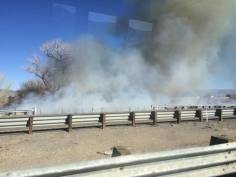 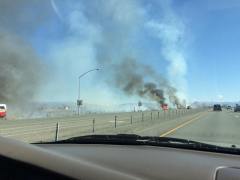 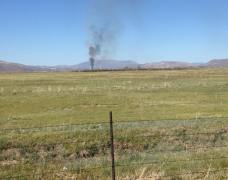 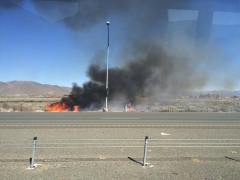